The number of respondents you’ll need for your tests

The godfather of usability testing, Jakob Nielsen, conducted an elaborate research together with Tom Landauer to find out what the magic number of respondents for user testing.

At the end of this article you will know:

✓   The number of respondents you’ll need for your tests 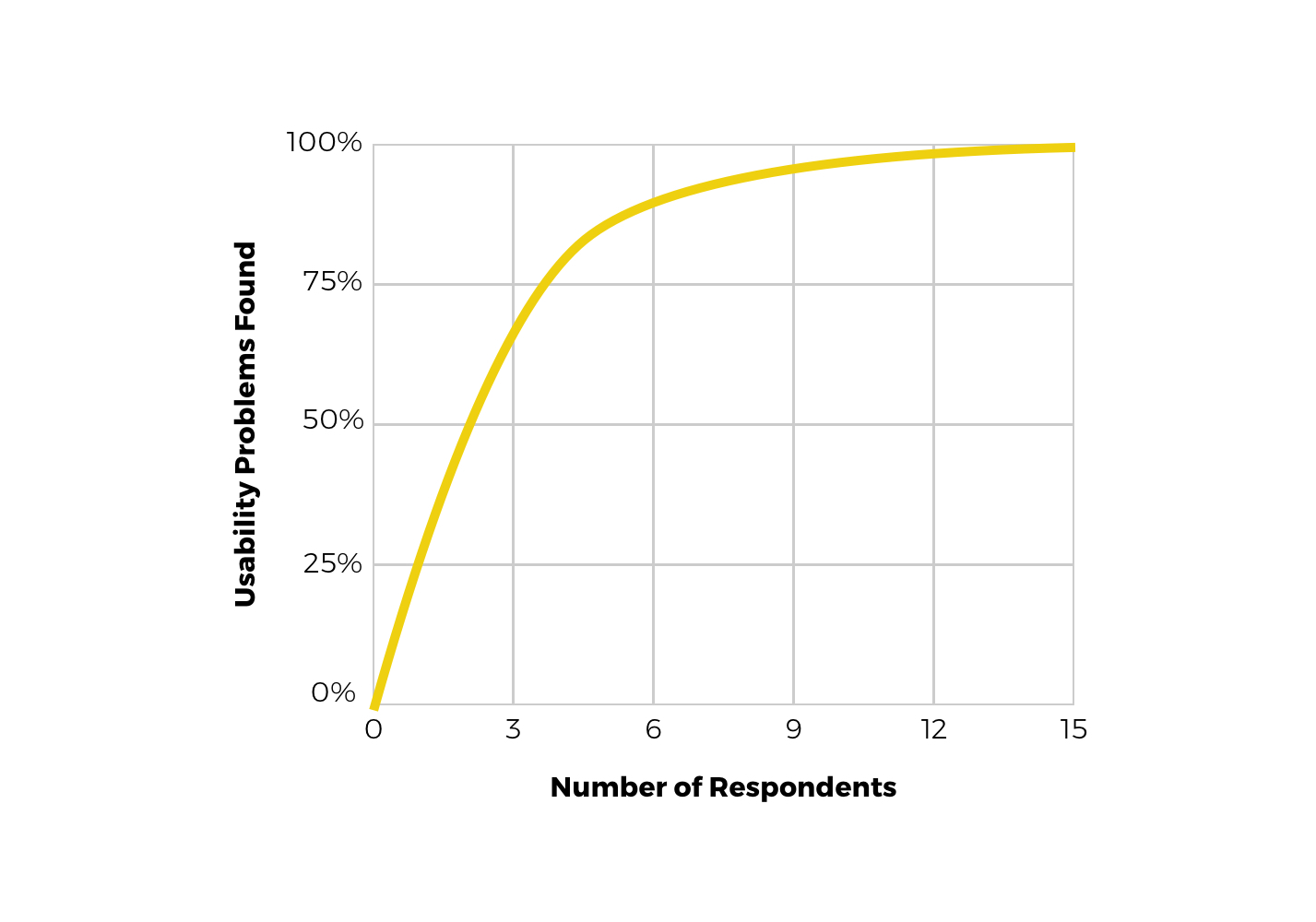 The graph teaches us a number of things:

Five is the magic number

Although the graph shows that you have to perform 15 tests to get all the problems out of your design, but this is not recommended. The main reason for this is budget. You can better distribute your budget over a number of small tests than make up everything for one big super comprehensive test. You better perform three tests with five users than one test with fifteen users. Ultimately, you want to improve your design and not only report the pain points. After the first test you can already solve 85% of the pain points in a redesign. At least, that’s the goal. But a new test will have to show whether the problems have actually been solved.

When to test 5+ users

The biggest takeaway of this whole story is that no matter how many respondents you test, it will always benefit the quality of your product. But if you do it anyway, do it well! Five seems to be the magic number when it comes to testing a specific group, but you test more target groups, then perform multiple tests. Do you have any questions about usability testing or finding suitable participants for your tests? Please contact us.